Since the enactment of the USMCA free-trade agreement and the subsequent labor reform of 2019, Mexico’s new labor laws have significantly changed. US firms that manufacture in Mexico will want to take note, as they may be facing unique challenges they are not accustomed to. 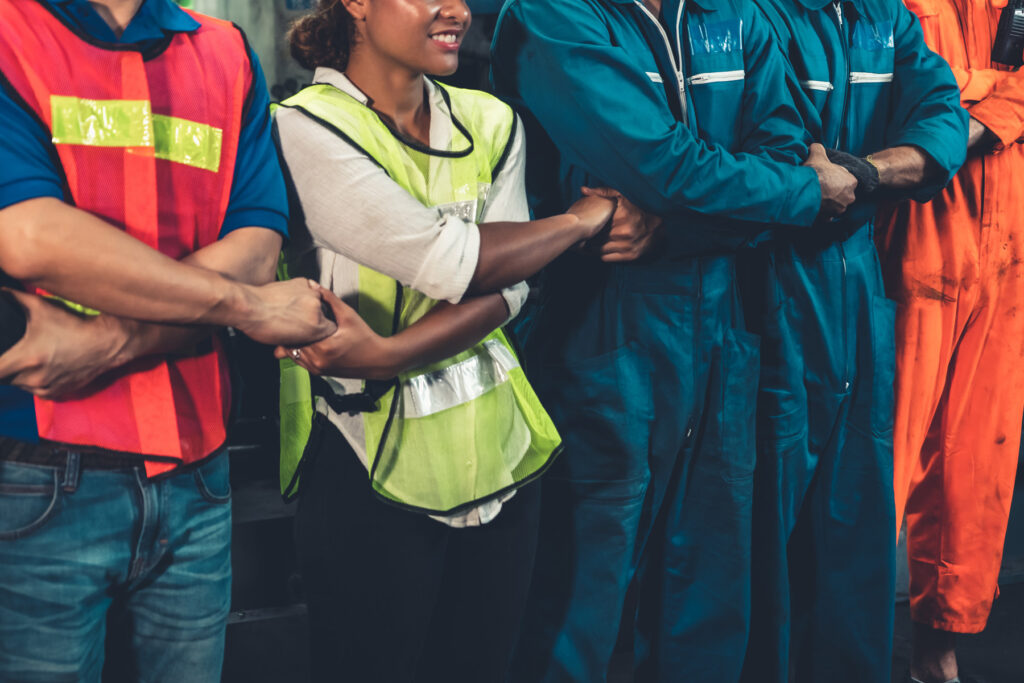 There are stiff penalties for non-compliance with these new labor laws, particularly as it pertains to labor unions and collective bargaining agreements. These all stem from an historic renegotiation of international trade in North America combined with a significant push to reform Mexico’s labor laws and elevate conditions for the country’s impoverished.

While mostly similar to NAFTA, the USMCA has several key differences. And some of these directly impact labor. For example, in the automotive industry, carmakers can be subject to a 2.5% tariff if their vehicles manufactured in Mexico do not consist of a minimum 40-45% parts made by workers earning at least $16 USD per hour.

Additionally, the historic trade deal instituted a rapid response mechanism to ensure unions may organize independent of employer involvement or interference. Under this mechanism, any person, union, or organization may file a complaint against a factory in Mexico that exports to the US on behalf of a US company. If the plaintiff believes there was any intimidation or interference by the employer in union activities or organization, the US is compelled to investigate and arbitrate.

If the investigation reveals any wrongdoing, that factory may suffer severe penalties. In addition to fines, the company manufacturing in Mexico could lose its preferential tariff status in Mexico. The result would be a substantial challenge for their supply chain and bottom line.

When Mexican President Obrador first came into office, it was on a platform that put labor rights front and center. He took on the broken union system directly. Historically, labor unions in Mexico have been a sham prior to these reforms.

The Confederation of Mexican Workers was created by the ruling PRI party to be a pro-government labor federation. In turn, the federation selectively recognized only pro-government labor unions that were little more than sock puppets for employers. Employer-controlled unions, called “charros,” negotiated bogus protection contracts to keep wages low and suppress criticism.

With the opportunity afforded by the USMCA mandate, President Obrador pushed through a sweeping labor reform bill that reshaped labor relations and regulations. Under Mexico’s new labor laws (enacted in 2021), outsourcing has been effectively banned. Companies are no longer allowed to use payroll companies, for example, or employee sourcing firms. All workers supporting the corporate mission and purpose will have to be on the company payroll as employees. There are stiff fines and even criminal consequences for violating these new restrictions.

These reforms also brought about the establishment of independent labor courts and monitors. These independent boards are in the process of certifying elections and collective bargaining agreements by secret ballot. Mexico’s new labor laws require all labor unions to be autonomous and democratic.

However, there have been many missed deadlines, and the democratization of Mexico’s labor unions has been problematic at best. The new Independent Mexico Labor Expert Board recently released a report concluding that some 75% of Mexico’s collective bargaining agreements are still sham agreements that did not accurately represent the collective desires of workers.

The first official complaint under the USMCA rapid response mechanism was filed in mid-2021. This test case involved a complaint against Tridonex, a subsidiary of a US auto parts manufacturer with operations in Matamoros. The US investigated claims that workers were being denied their rights to free association and collective bargaining. In the end, the company reached a settlement that required Tridonex to pay severance and backpay for workers fired from their jobs over the dispute – a result less than satisfactory for many labor activists.

More recently, on February 3, 2022, at a GM plant in northern Mexico, workers held an election to decide between three establishment unions and an independent union. In spite of intimidation and attempts to influence the vote, the workers overwhelmingly elected the independent union to represent them. This was seen as the first real triumph of Mexico’s new labor laws and the beginning of a new era in Mexico.

It’s a new day in Mexican labor relations. These recent reforms and changes mean companies may be exposed to unexpected liability and penalties for non-compliance. The facility-specific rapid response mechanism creates an environment in which companies may find themselves suddenly open to an investigation originating from virtually anyone and requiring action.

If the investigation finds a violation of labor provisions under USMCA, the goods made at that factory may no longer qualify of preferential tariffs, and additional penalties may be imposed on the manufacturing company. Other considerable financial costs may be incurred in a settlement.

US firms manufacturing in Mexico should take immediate steps to guarantee existing labor agreements currently allow for workers to organize and bargain without interference, reconsider mission and purpose statements to ensure compliance with the outsourcing ban, and carefully review Section 7 of the US National Labor Relations Act, as these same rights now apply in Mexico.