The Container Crisis Outlook for 2022

With the effects of the Coronavirus fading, the economic consequences of lockdowns are still playing out – especially in the ongoing shipping container crisis. Supply chains are struggling to recover as backlogs and disruptions continue. The port of Los Angeles is still congested. And international suppliers and manufacturers are adapting to the reality as much as possible. 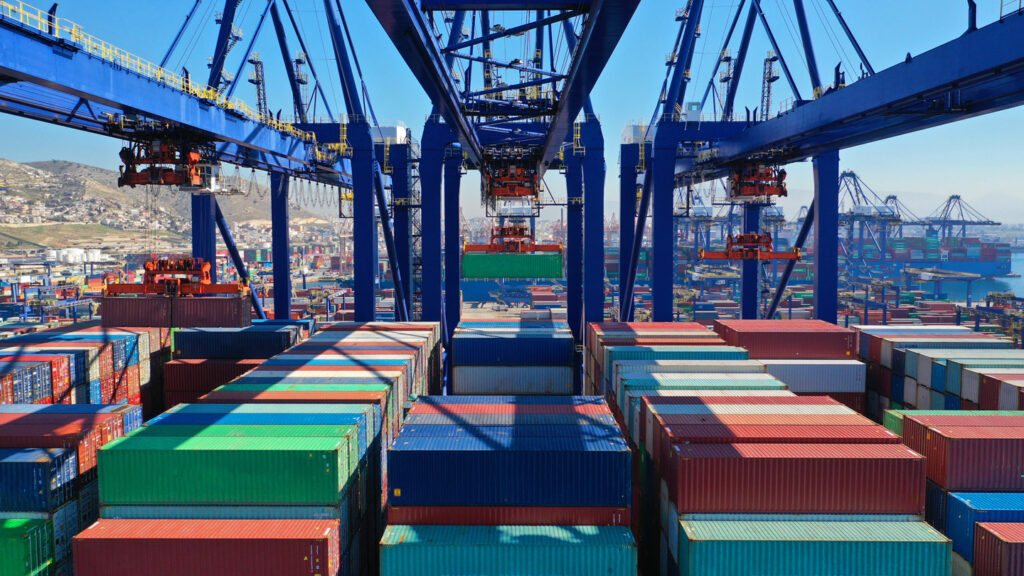 The dawn of a new year brought some hope that the shortages and disruptions would come to an end soon. But the data indicates we are in this for the long haul. The world is still clambering for available containers as US consumption remains strong. Yet there are positive indicators. The outlook for 2022 gives reason to believe things may turn around this year.

How We Got Here

Last fall, the US discovered that the ports of Long Beach and Los Angeles were under significant strain and backing up rapidly. Last December, the supply chain crisis reached critical levels, with over 100 ships drifting in open water, waiting for a berth. With each ship containing nearly 12,000 FEUs (forty-foot-equivalent units) averaging about 58,000 pounds of cargo each, this represented a staggering backlog of historic proportions.

When most of the world went into lockdown in 2020, the approximately 90% of all international trade that takes place by sea was impacted directly. Port workers were sent home, warehouses were locked up, and borders closed down.

But as things began to turn around, US consumption strengthened at a much faster pace than global producers could respond. Chinese factories are still under many of the same restrictions they were two years ago. And in US port areas like California, restrictions have been on again off again. Additionally, the US has struggled with a serious labor shortage.

As a result, US ports were unable to process inbound shipments to satisfy US demand at sufficient rates. Typically, container ships return to Asia loaded down with empty containers to refill. However, these days, they typically return near-empty. The containers sit in the port, yet to be unpacked. As such, there just aren’t enough containers to go around. And this container crisis is not over yet.

The Ports Are Easing

There is some good news, though. The number of container ships in queue off the coast of Southern California is gradually receding somewhat. As of February, 2022, there are about 78 vessels waiting for berth. This is the first sign in several months that the container crisis may be easing rather than worsening.

However, it should be noted this is still historically high. Typically, ships did not have to wait. But the number is now receding rather than growing. There are a number of theories as to why this may be. Some theorize the Asian lunar New Year lessened manufacturing activity. The holiday historically has meant a reduction in trans-Pacific shipping. But many others point to the improved resiliency of manufacturers in restructuring their supply chains.

Many have opted to ship to the smaller port at Ensenada just across the Mexican border. While the port does not have nearly the capacity of the larger ports to the north, this alternative does relieve some of the pressure and reduce congestion in the supply chain.

Also, shipments by truck and rail have increased efficiency, leading to reduced loading and unloading times at the port. Containers are becoming more available because they’re being unloaded faster.

Yet no one believes the global supply chain bottleneck is over. In spite of extending working times, diversifying goods suppliers, and shortening delivery routes, around the world, the container crisis is expected to last through most of 2022. This is indicated by data points like the following:

There is also the matter of increasing unrest and protest activity blocking international crossings and slowing delivery times. Recently, approximately 50,000 truckers camped out in the streets of Ottawa to protest the cross-border vaccine mandates and ongoing Covid measures by the Canadian government. This trend is spreading through other countries, too, as truckers throughout countries like France, the US, Australia, and other countries cease deliveries to protest government crackdowns and restrictions.

So, while the shipping container crisis may have turned a corner in Southern California, it is likely that further disruptions will continue throughout 2022. By some estimates, there will not be sufficient containers to return shipping volume to regular levels until 2024 or beyond. Taking steps now to restructure supply chains and reduce dependence on trans-oceanic shipping will be the best course for manufacturers.