Manufacturing in the Mexico Free Zone

Due the success of the maquiladora system in Mexico, many US manufacturers choose to establish production centers along Mexico’s norther border, a region known as the Mexico Free Zone. Since the 1960s, the area has become a major industrial hub. Some of the world’s largest manufacturers have plants there. And as integration and interdependent supply chains grow, so does the level of output and cost efficiency. 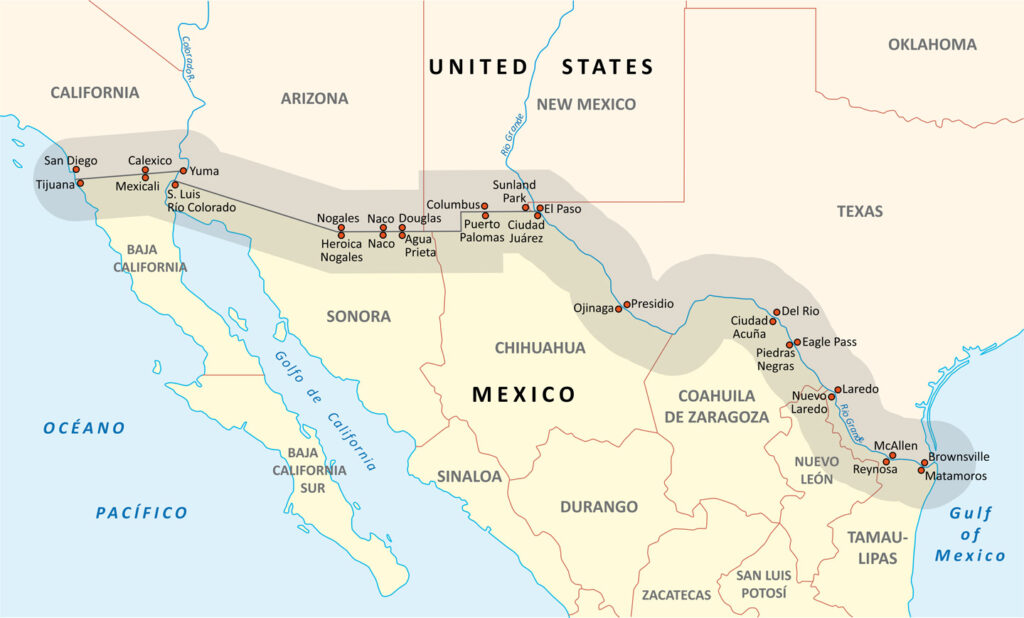 However, this zone presents a unique set of circumstances that any manufacturer should understand. Whether seeking to manufacturer in Mexico, expand existing Mexican operations, or even to understand more about visiting the region, the Mexico Free Zone is a special place with important rules and freedoms we will explore now.

What is the Mexico Free Zone?

In order to encourage trade, tourism, and industry along the northern border, Mexico designated a region as the Mexico Free Zone, sometimes also called the Zona Libre or Free Zone. Typically, the zone extends out from the border approximately 20-26 kilometers or 12-16 miles. The entire Baja peninsula and much of the Mexican state of Sonora are included.

Essentially, this customs-designated area is not considered part of Mexico as far as imports are considered. Items imported into this region from foreign countries are not considered imported for tariff purposes while they are in this area – thus being allowed under certain restrictions to enter the Mexican market duty free. Likewise, products and materials brought from the Mexican interior are considered already exported when they are in this region – thus being allowed to enter the US without tariff restrictions.

Likewise, US citizens who manage and oversee Mexican operations are subject to far less hassle when living or staying in this region. Driving a US car into Mexico typically requires purchasing a Temporary Vehicle Import Permit (TIP). Without this special permit, driving a foreign-plated car in Mexico can subject you to fines, deportment, or even jail time. However, there is no TIP requirement for the Mexico Free Zone. US drivers are allowed to drive with their US driver’s license and vehicle registration. However, the current US-Mexico border restrictions are in flux due to the ongoing COVID situation.

Additionally, southbound cross-border trucking involves immediate passage into the free zone where paperwork can be verified. While they are in this “hassle-free zone,” their papers are checked by customs officials and then cleared for entry into the country’s interior if that is their destination. The zone acts as a kind of lobby for commercial trucks.

Manufacturing in the Border Region vs. Interior

Since the rise of the maquiladora system and increasingly so with the advent of the NAFTA (now USMCA), Mexico’s economy was reoriented around manufacturing for import/export. Border cities like Tijuana grew exponentially as companies from the US and other countries recognized the distinct advantages of manufacturing in this low-cost environment rich in human capital. However, some companies have found locations in the interior of Mexico also have advantages. The Mexico Free Zone is not the only place to manufacture in Mexico; it has both pros and cons.

For companies highly committed to exploiting the numerous advantages of Mexican manufacturing, it might make more sense to plug into industrial hubs in the central region of Mexico. But for the average US manufacturer interested in cutting costs through quality outsourcing, it’s hard to beat the advantages offered by the border region.

Materials and products in this region are in a special “in-between” zone that protect them from tariff considerations. And driving around is not an issue, as this place has come to be called the “hassle-free zone.” More and more companies are choosing to nearshore their manufacturing operations just south of the border to remain competitive.