Spotlight on Mexican Oil and Gas

As the global fuel supply crisis continues and gasoline prices spike, the subject of Mexican oil and gas is often brought up. Mexico has vast potential and a long history of involvement in the global petroleum market. 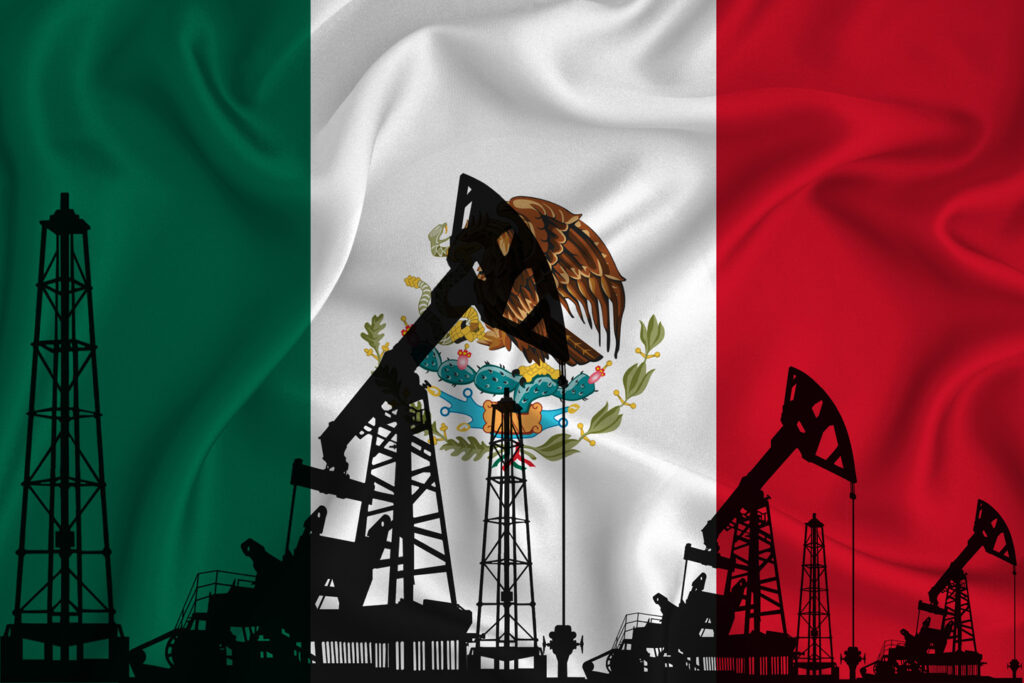 But their situation is a complicated one. Political pressures have frustrated attempts to sufficiently leverage Mexico’s petroleum. Yet Mexico remains one of the richest sources in the world for petroleum products. Below is a look at the Mexican oil and gas industry, its potential, and its challenges.

Mexico’s economy depends on oil and gas for a large share of its activity. So much of the economic activity in Mexico is either directly or indirectly related to its petroleum. An estimated 58% of Mexico’s federal government revenue comes from this industry. Mexican oil and gas has incredible potential. And this potential, while not yet fully exploited, is already paying great dividends to the Mexican people.

In fact, while Mexico is fighting to curb inflation like most developed countries, President Andres Manuel Lopez Obrador recently announced a plan to use the nation’s petroleum to help. Since the beginning of 2022, Mexico has been subsidizing gasoline and diesel to curb rising prices and combat inflation. The source for these subsidies? The rising sale prices on exported crude.

Mexico exports approximately one million barrels a day. And because the price of crude has risen much higher than the $55/barrel they anticipated in the national budget for 2022, the Obrador administration is diverting this windfall to the consumer to offset rising gasoline prices at the pump. So far, the subsidies have cost the nation about $4.4 billion USD – approximately half of their oil revenue received so far this year.

Mexico is one of the largest oil producers globally. Indeed, Mexican oil and gas as an industry ranks among the highest in the world. This is evidenced by the following statistics:

Challenges to Mexican Oil and Gas

In spite of Mexico’s vast wealth and economic activity in the oil and gas sector, the country could be doing so much more. But the country’s history of exploration and regulation is fraught with setbacks and reversals.

For much of Mexico’s recent history, the country’s oil and gas industry was entirely shut off to private enterprise, foreign or domestic. In 1938, all oil resources were nationalized under the newly created, state-owned company, Pemex. Over the next several decades, oil output expanded by about 6% annually on average, and numerous fields were discovered. In 1983, Mexico’s proven hydrocarbon reserves had expanded to 72.5 billion barrels. By 2007, Mexico was exporting a net of 1.8 million barrels per day. Yet foreign investment was not allowed to multiply this latent potential.

However, things began to change in 2012 with incoming President Peña Nieto. Energy reform was one of his major campaign promises, and in 2014, the Mexican Congress approved the president’s plan to re-open Mexican oil and gas to private and foreign investment. But the first rounds of bidding on oil exploration contracts didn’t generate as much activity as hoped. And in spite of some private wells and contracts, Mexico has largely closed the oil industry back down.

The Future of Mexican Oil and Gas

Currently, the country is pushing for greater energy independence. The country is expanding refinery capacity and seeking to phase out all exports in the next few years. This plan rests on the ability to increase crude production. But with private investment all but shut out, this seems unlikely. And the country currently sources approximately 90% of its natural gas from other countries (76% from the US alone).

There are opportunities for Pemex to better exploit Mexico’s potential in this sector. Their plan for the next five years is an ambitious one, with 399 new projects listed for shallow water, deep water, and on shore. They aim to upgrade 25 platforms, install pipelines connecting ports in Veracruz to ports in Oaxaca, and install eight interconnections for the existing shallow water platforms in the Gulf of Mexico.