Why Mexican Manufacturing Is Growing

In spite of the 2020 crisis and the difficult times that have ensued, Mexican manufacturing is growing again. Recent numbers indicate the slump of more than two years has finally ended, in spite of ongoing pressures. Factories are back in business and boosting Mexico’s economy, attracting foreign investment and renewing optimism about an uncertain future. 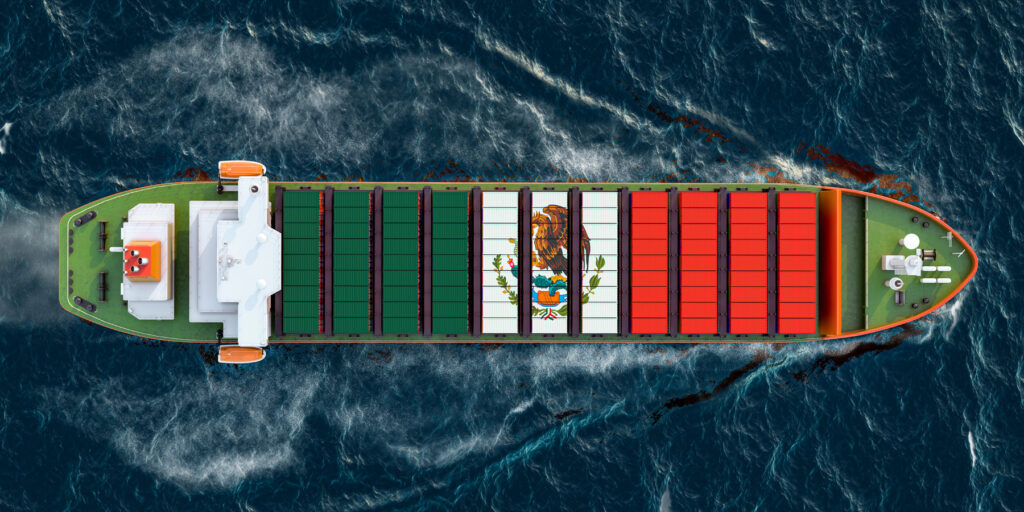 There are pronounced factors driving Mexico’s factory growth. Long home to manufacturing hubs in a variety of industries, Mexico remains a very popular destination for outsource manufacturing as well as domestic production. Recent reforms and investments have placed the Mexican manufacturing economy on sure footing to weather the global economic storm currently brewing.

October’s numbers are out, and while not dramatic, they point to some growth for manufacturing in Mexico for the second straight month. The seasonally adjusted S&P Global Mexico Manufacturing Purchasing Managers’ Index (MXPMIM=ECI) is once again at 50.3, the same as in September. Anything under 50 is considered a contraction, so this means that – ever so slightly – Mexico is back in the black.

After the collapse world economies experienced from the 2020 shutdowns, Mexico’s index saw numbers as low as 35 (April 2020). In the two and a half years that followed, Mexico struggled to break the slide. Crisis after crisis kept Mexican factories in contraction.

However, that slide has been halted. Mexican manufacturing is growing again. And breaking the barrier between contraction and growth for two consecutive months has now reinforced other positive signs for Mexico’s economy overall and for manufacturing in particular.

Globalization Out, Nearshoring In

One of the trends driving this positive outlook for Mexican manufacturing is a shift away from globalization. While offshoring manufacturing operations has produced highly efficient value chains over the previous two decades, the instability and volatility in recent markets has caused many to rethink globalization in favor of more stable alternatives like nearshoring.

With fuel prices at historic highs, the costs of transporting freight across the oceans is becoming prohibitive. Add to this the container shortages and port congestion levels of late, and the rewards of manufacturing in China and other Asian countries are soon overwhelmed.

Companies prefer the resiliency of nearshoring manufacturing operations to the North American continent as a hedge against shortages, high transportation costs, longer lead times, and unpredictability in the market. Some of the many advantages of this new wave of nearshoring include:

Indeed, at the heart of this reshoring trend is China’s recent fall from grace. Not only are companies concerned about a general inaccessibility and unpredictability inherent in manufacturing in locations on the other side of the planet, they are specifically concerned about China’s downward evolution. Once the darling of manufacturing outsource locations, the Asian giant no longer has the same benefits it offered in the 1990s. As such, many companies are leaving China for Mexico.

As such, China’s loss is Mexico’s gain. Home to lax COVID restrictions, stable and low labor costs, duty-free import/export with the US, and a host of free trade agreements with other countries, it’s not hard to see why Mexican manufacturing is growing.

What the future holds for Mexico is uncertain. Like other countries, Mexico is facing strong headwinds from inflation. However, recent numbers give some hope, showing a reduction from 8.64% in September to 8.53% in October.

Nevertheless, these inflationary pressures on companies doing business in Mexico are compounded by liquidity squeezes, materials shortages, and a looming global recession. Whether Mexican manufacturing continues growing in 2023 remains to be seen and will depend largely on how the global economy performs.

Yet, for those companies seeking to weather the coming storm and build resilience to prepare for a downturn, Mexico is becoming an increasingly attractive option. Over the past decade, Mexico has invested heavily in transportation infrastructure, telecommunications capacity, the energy grid, and a skilled labor supply tailor made for industry needs. These investments have propelled Mexico to recover from an unprecedented global crisis and begin preparing for the next.