The Primary Differences Between NAFTA and USMCA

The North American manufacturing community has now had over a year to sort out the differences between NAFTA and USMCA. But many are still unsure about exactly how the two free-trade trade agreements differ and what provisions impact them most.

While most of the terms remain unchanged between the two trade deals, there are several key differences that should be noted. We will cover the most significant differences between NAFTA and USMCA to clarify the new trade deal paradigm. This enhanced understanding will simplify things for manufacturers interested in manufacturing in Mexico or other North American locations. 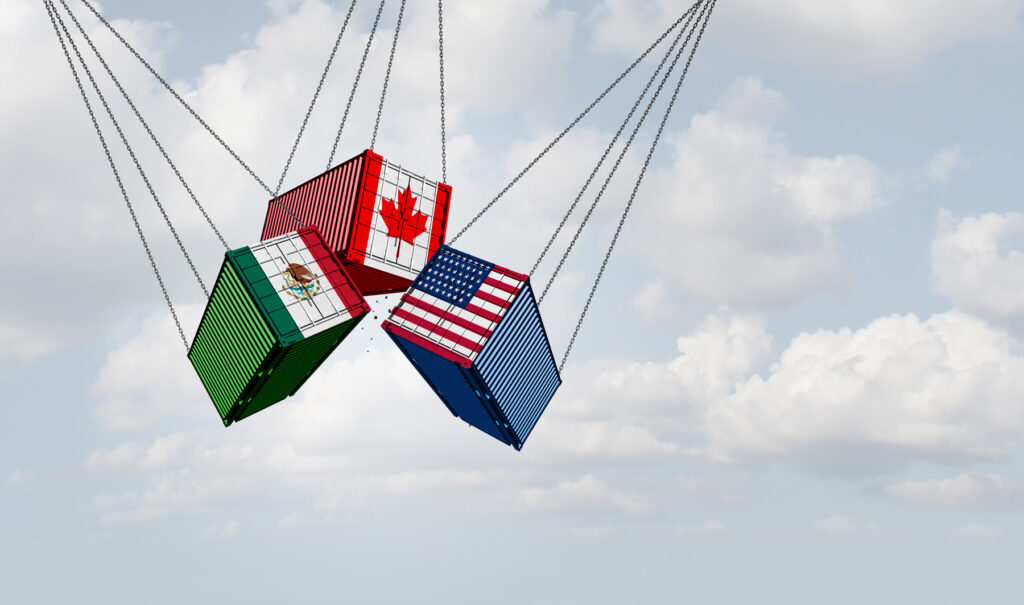 Giving voice to the frustration of many in the US, then-candidate Donald Trump called NAFTA “the worst trade deal maybe ever signed, anywhere.”  As automation and other factors brought about an historic decrease in US manufacturing jobs at the same time the North American Free Trade Agreement (NAFTA) was implemented, many linked the two in a causal relationship. It seemed that NAFTA had somehow shifted these jobs to Mexico.

As a result, NAFTA was hugely unpopular since it’s implementation in 1993. Major political leaders from both sides of the aisle in the US decried the deal. Trump made replacing it a central plank in his campaign platform. And in the summer of 2020, his renegotiation of the deal with Mexico and Canada went into effect.

Called the United States-Mexico-Canada Free-Trade Agreement (or USMCA), the new version looks a lot like the old one. However, the Trump administration argued it patched up a lot of holes that gave the US the short end of the proverbial stick in international trade. Progressives in the US pledged it will also protect labor in all three signatory countries.

Below are the primary differences between NAFTA and USMCA that international manufacturers should be aware of.

Key Differences with the New USMCA

The hope is this will increase North American jobs by decreasing reliance on inputs from South Korea, Japan, Germany, and other parts-supplying countries. Vehicles that do not meet this higher ratio are subject to a 2.5% tariff. However, this change may result in higher automobile costs for consumers.

Likewise, Mexico is required to pass more labor-friendly laws, making it easier for workers to unionize. A key change in the USMCA version debated in the US Congress was to create an enforcement panel of multinational exports to ensure labor protections in Mexico. Currently, Mexico has the lowest wages in North America by far.

Expectations are that the USMCA will create more jobs for the US, Mexico, and Canada, and increase worker protections. Mexico already has more FTAs (free trade agreements) than any other country. And this reworking of NAFTA is viewed positively as a net gain for the Latin American country and US or Canadian firms operating there.