Among the country’s many benefits for export manufacturers, Mexico’s free trade agreements rank near the highest. Manufacturing for export is heavily influenced by tariffs and trade access. But those countries who do business in the Latin American country have the majority of world markets at their fingertips. 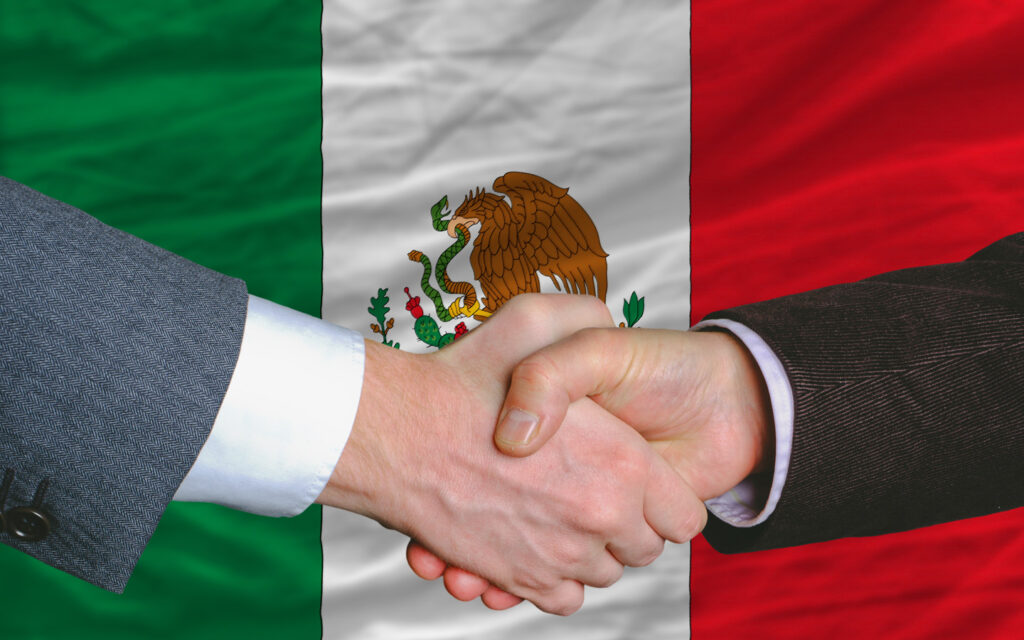 Mexico’s aggressive pursuit of preferential treatment for their exports is unrivaled around the world. And without a doubt, the ability to minimize tariffs or export duty free to most of the world is a strategic advantage that places Mexico in a class of their own.

A free trade agreement (or FTA) is essentially a pact or covenant between two or more countries with the goal of increasing trade between the signatories by reducing trade barriers.

Typically, nations trade with one another subject to uniform tariffs on imported goods. This allows the government of each country to collect a tax at customs, thus resulting in an increased price to the consumers in that country. If countries want to avoid or minimize exposure to these and similar fees and taxes, it is beneficial to negotiate a free trade agreement to set standards and stipulations whereby these barriers can be waived or reduced. Free trade agreements greatly reduce or eliminate entirely tariffs, quotas, subsidies, or prohibitions.

In general, there are several key advantages that make FTAs desirable for producing countries:

Mexico already offers international companies numerous advantages for manufacturing there, rather than in some other offshore location like China. But perhaps their primary strategic advantage is the access they have to global markets.

Mexico’s free trade agreements open up free trade with at least fifty countries around the world via fourteen FTAs. These include access to massive US consumer market via the USMCA, access to the entire European Union, and many others. Through these combined FTAs, Mexico has preferential trade access to 60% of the world’s gross domestic product.

These bilateral and multilateral pacts have resulted in a manufacturing dynamo in Mexico that is growing rapidly, and has been for decades. The country boasted global exports of over $473 billion USD in 2019. Leveraging this unprecedented free trade access, Mexico is now the 12th largest export economy in the world. No country on the planet has more FTAs than Mexico.

As the leading country for free-trade access to the planet, Mexico has inked some rather historic deals, opening up major markets. Here are some of the country’s most notable agreements.

NAFTA was one of the biggest trade deals of any nation in modern history. Superseded by the USMCA, the FTA effectively eliminates tariffs on trade between the US, Mexico, and Canada, so long as products meet a minimum 60% rule of origin. Products made of at least 60% parts from North America may be manufactured in Mexico and exported duty-free to the US or Canada. Over three quarters of Mexico’s products now go to the US because of the deal.

The EU-Mexico free trade agreement currently in place is a modernized version of an agreement they entered into in 2000. The deal was one of the most comprehensive agreements ever entered into by the European Union. Nearly all goods are duty-free under the new terms. In the ensuing two decades, trade between Mexico and the EU has grown substantially year over year. The EUS is now Mexico’s second-largest export market and third-largest import market.

Japan’s first comprehensive free trade agreement in history was the EPA with Mexico signed in 2004 and revised in 2011. This made Japan the fifth-largest export destination for Mexico.

This Latin American trade bloc is comprised of Mexico, Columbia, Chile, and Peru – and more than a third of all Latin American GDP. Trade between these countries is entirely duty-free as of 2020.