The Port of Ensenada Alternative

As the global supply chain crisis continues, many are considering the Port of Ensenada as an alternative to the US West Coast. Mexico’s northernmost port is just south of the Ports of Long Beach and Los Angeles. While not as large, it is a much more direct route to Mexican destinations and just a short distance from the US border. 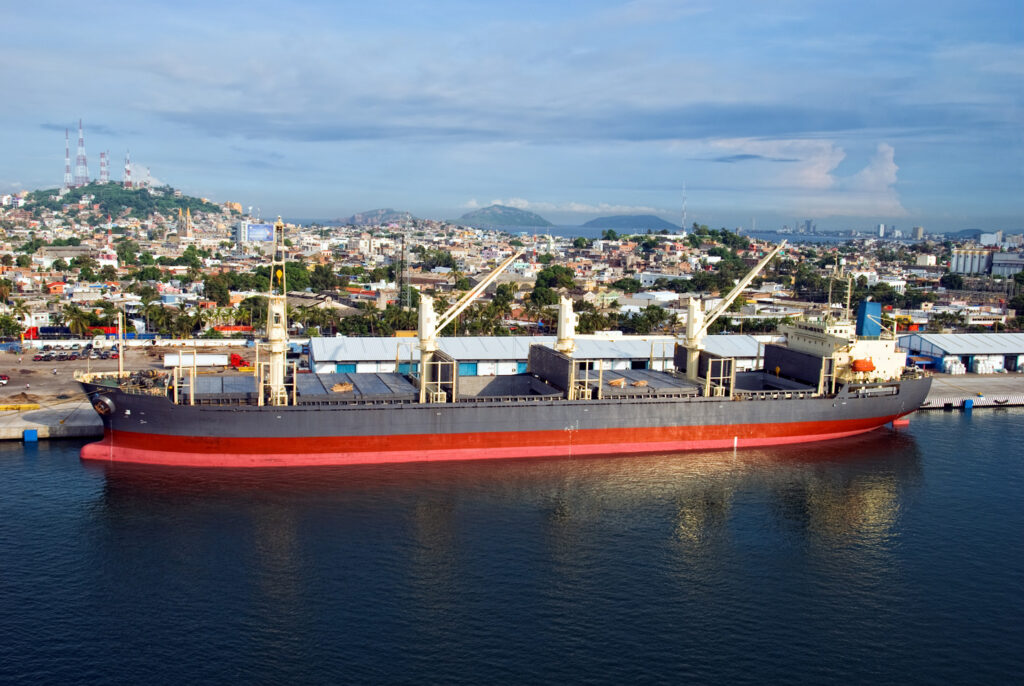 With capacity expansions in the works and increasing focus on facilitating container traffic, the Port of Ensenada has relieved congestion at California ports in previous years, and its reliability as an alternative is growing.

It’s no secret that around a third of US, ocean-bound import/export traffic passes through the Port of Los Angeles and nearby Long Beach – and that recent months have seen an unprecedented backlog of waiting container ships. This congestion is further hampered by the container shortage and is part of an overarching supply chain crisis that isn’t going away.

Driven by rising US consumption, shortages in containers and trucks, and fewer drivers, the supply chain crisis is expected to last through 2022. The LA port is simply unable to process the backlog of containers at sufficient speed to keep up with demand. And as a result companies are losing money.

Currently, Long Beach and Los Angeles have about 30 vessels anchored, about 15 vessels in the terminal, and about 75 ships backing up outside the port. Ships are having to wait about a month to unload their containers.

While a $100-per-container fine was announced in late October to reduce the number of aging cargo containers clogging up terminal space, the fee has not yet been implemented. The mere announcement of the fee has incentivized companies to expedite their operations to remove empty containers before a given deadline, thus freeing up space for incoming cargo and alleviating the container shortage mildly. The fee was postponed for now, but both ports are reporting a 47% reduction in aging, on-dock containers. If not postponed, over 36,000 containers would have been fined. However, congestion is still at alarming levels.

While many companies transporting freight into North America from Asia are merely waiting their turn and counting their losses, others are turning a bit south of the border. In the 2015 congestion crisis, the Port of Ensenada was very useful for relieving the pressure and allowing freight to pass freely into northern Mexico near the border crossing as Tijuana.

This deep-water port accommodates cargo, cruise ships, and has an unloading dock for containers. While much smaller than the port of Los Angeles, it processes over 120,000 TEUs and nearly 3 million tons of cargo annually. In 2010, the port brought in nearly 3.6 million tons.

Lying on the Bahia de Todos Santos in the manufacturing center of Baja California, the Port of Ensenada receives ships from all over the Americas and Asia. It is Mexico’s 2nd busiest port, and also a very popular port-of-call for pleasure cruises.

Growth at the Port of Ensenada

In 2015, the port experienced a significant increase in traffic, which continued through the congestion crisis that gripped the Port of LA in 2015. In 2015, the port experienced a volume increase of 39%, year over year, and a 60% increase over 2010. In 2018, imports grew by over 28%, exports grew over 5%, and the 5-year period preceding it saw total loaded cargo volume rise by a staggering 125%. It is now the 5th largest container port in Mexico.

In 2019, the port invested $100 million towards increasing container capacity. Earlier that year, the port’s terminal, received two new super post-Panamax cranes. The addition was part of an upgrade to increase container storage area, double the dock to more than 2,000 feet, and increase annual handling capacity to 400,000 TEU. The move was part of a calculated campaign to attract high-volume traffic from companies using the Port of Los Angeles 200 miles north. Major brands already shipping containers into the port include notable names like:

While the US ports in South California can handle 30 times the capacity of the Port of Ensenada, proximity is a huge draw. Shippers to Mexico can forego the congestion of the Ports of LA and Long Beach as well as the several-hour drive to cross the border. Shippers find that, while getting goods from LA to Tijuana typically take up to three days (prior to the congestion), it usually takes less than one day from the Port of Ensenada.

Mexico’s northernmost port may be small compared to the Goliath Ports of Los Angeles and Long Beach, Ensenada has all the infrastructure to handle a steady stream of container traffic, and the history of having provided an alternative to LA in previous crises. Shipping directly to this port may provide the perfect alternative during the current supply-chain crisis and even beyond.