Mexico took to the polls this week, and among several key takeaways, it’s clear that Mexico’s midterm election has been a net gain for democracy in the Latin American country.

The country’s current president, halfway into an agenda viewed by many as radical, lost seats in the lower house of the Mexican congress, and women won more seats than ever before in what turned out to be Mexico’s largest election ever. 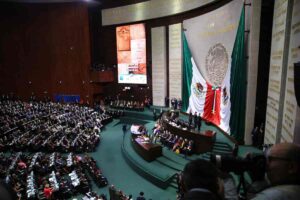 While results are still being finalized and confirmed, early appraisals of the results from Mexico’s midterm election largely conclude that Morena, the left-leaning party of President López Obrador, has lost their two-thirds majority, while retaining a simple majority in the lower house. This means AMLO, as President López Obrador is commonly called, will have greater obstacles to his aggressive agenda to strengthen executive power and hamper business interests.

Here are the key takeaways from the Mexico’s 2021 midterm election results.

1. This was Mexico’s biggest election ever.

In another sign that Mexico’s democracy is strengthening and growing, this was the largest election the country has held to date. All three levels of government were involved, spanning 21,000 elected positions. With approximately 52% voter participation, some 93 million voters turned out to make their choices known – and with relatively little violence.

In spite of an attack on one polling location that left several pollsters dead and reports of body parts left at polling locations in northern Mexico, Mexicans turned out in overwhelming numbers. President López Obrador noted that organized crime kept rather quiet while congratulating Mexico on this historical turnout. This is a clear signal that Mexicans are increasingly confident in their elections and willing to participate in their governmental process.

2. Women performed better than in any previous Mexican election.

Mexico’s midterm election this week saw an historic number of women elected to leadership positions. If the results are confirmed, seven women will head regional governments, including Mexico City and six key Mexican states, including Baja California. Only 15 such positions were in play, yet women were elected in half of them.

The president’s party, Morena, only secured about a third of the seats in the lower house of Congress. But with their alliance with Mexico’s Green party (PVEM), they will hold a simple majority. However, these two parties have little in common, and there are concerns they may fracture in the near future.

AMLO’s chief concern, however, will be a rather loose coalition of odd bedfellows: the center-left PRI, conservative PAN, and leftist PRD. This alliance has very little in common, leading to speculation that this minority coalition will not last long either.

However, if AMLO is to have any chance of continuing his “Fourth Transformation” agenda, his coalition with the PVEM is crucial. Even then, he does not have a “qualified majority” to change the Mexican Constitution. Yet, on the other side of the aisle, the opposition is entirely dependent on keeping together a very diverse coalition that may not last the remaining three years of AMLO’s presidential term.

4. This was a rebuke of strongman politics.

Mexico emerged from repressive, strongman politics around 20 years ago. The country began an ambitious drive for reform and democratic systems, emphasizing their commitment to institution building, pro-industry economics, and the rule of law.

In spite of painting himself as a man of the people, President López Obrador has drifted somewhat authoritarian. His policies have been accused of aggrandizing executive power and belittling local cooperative systems of government.

Yet, Mexico’s recent midterm election serves as a rebuke on this attempt to return to authoritarian principles. Mexico remains united around democracy, pluralism, and the accompanying stability and prosperity. While the president did not lose the recent election, he did not win it either. His party is still in power, yet they have lost their two-thirds majority in the lower house as well as several governorships.

The progress of the remaining three years until Mexico’s next election will depend on strong coalition building and renewed commitment to the values of democracy that Mexico now embraces wholeheartedly.