For the first time in decades, China’s population growth is in the negative. And the timing couldn’t be worse for a country already beset by economic woes. Struggling to slow the decline in birthrates at the same time as declining global market share in manufacturing, China relaxed their limitations on having children. But these efforts were too little too late, as China is now set to lose their title of the most populous nation in the world. 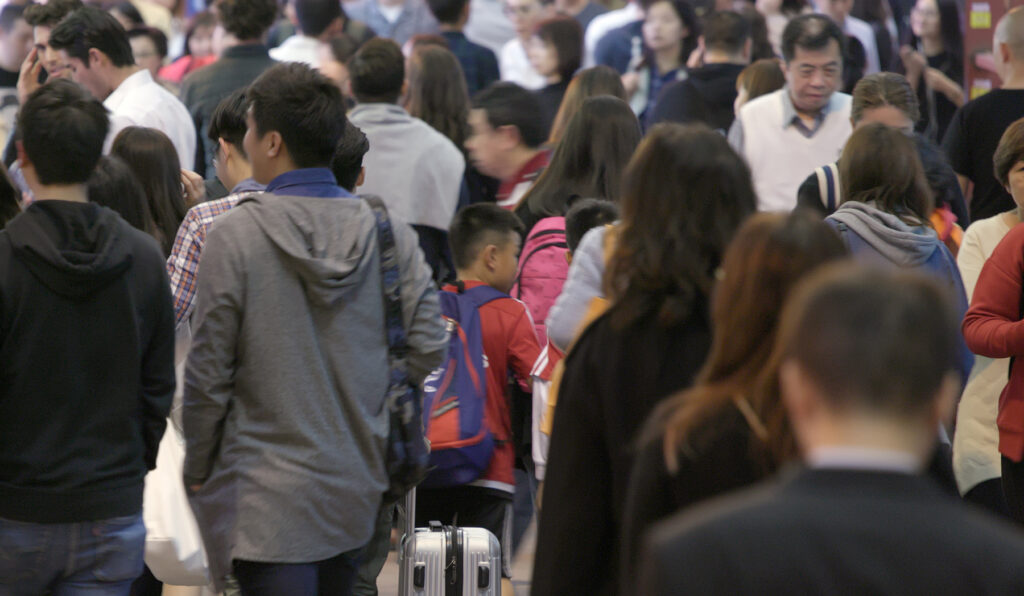 As a result, China’s economic model must shift. Their dwindling and aging population will not be able to sustain the manufacturing output that drove China’s economic rise. China’s declining population signals a shift toward a new economic focus. Their rising labor costs will drive manufacturers to other locations. And China will have to adapt to a new way of doing business, as they work on repairing the effects of decades of communist policies and growth restrictions.

The Cause of China’s Declining Population

In the 1950s, Mao Zedong’s socialist economic plan, The Great Leap Forward, had brought about one of the worst famines in recorded history. In 1961, the 30 million cumulative starvation deaths turned around the country’s rapidly rising population, and brought about a population decline. But since that low point, the country’s population rose each year afterward – until now.

In 2022, for the first time in 61 years, China’s declining population rate returned. But this time, the Great Leap Forward wasn’t the cause. In 1979, China began enforcing a One-Child policy. With very few exceptions, most parents have aborted pregnancies after having a first child. And they tended to favor sons, resulting in a shortage of females.

In 2016, China began allowing a second child, and in 2021 a third. However, world estimates continued predicting China’s population would begin receding and be overtaken by India as the world’s most populous nation in 2030. Now, it looks like India will close the gap sometime this year.

The really concerning aspect of China’s declining population is what it means for the Asian giant’s economy long term. The working age population, ages 15-59, has dropped from 70% to 62% in just the past decade. Chinese census data shows this demographic had only 875 million people in 2022, down from 970 million in 2014.

The combined factors of fewer women than men, more women entering the workforce, an aging populace, and cultural aversion to larger families mean China’s workforce will not be able to maintain the economic output of previous years.

With fewer and fewer young people in the workforce, labor shortages will drive labor costs higher. China has already seen dramatic increases in their minimum and average wage levels over the past decade. This trend will intensify.

Additionally, these higher labor costs will drive the cost of manufactured goods higher. In turn, more and more companies will choose alternative manufacturing destinations like Mexico or Viet Nam, resulting in long-term economic contraction and a manufacturing exit.

Going forward, China must face the reality that their economy will no longer be able to rely on a labor-intensive growth model. Manufacturing and other sectors dependent upon cheap labor are no longer viable for China in this century. In the coming decades, China will face a new reality and new expectations. They will recognize that an aging populace combined with China’s declining population requires a shift into a post-manufacturing and post-industrial economy.

Competition and advances from other manufacturing-centric economies have already reduced China’s manufacturing marketing share. And the trend seems unlikely to be reversed in this century. China’s economy can no longer rely on either the demographic growth dividend or new FDI related to manufacturing. And to compound the situation, they will be supporting their overproportionate aging population for decades to come.

How the Chinese communist government responds to this change is essential. With a global recession on the horizon, these long-term challenges will only be amplified. How China’s economy evolves will depend on swift, institutional changes at all levels of government and industry.