Manufacturing Resilience in a Recession

With all the uncertainty and negative market signals in the news, Americans are beginning to wonder if a recession is just around the corner. And if it is, the first question that should be on the minds of those engaged in manufacturing is how exactly they can build resilience in a recession. 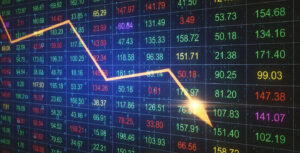 History shows periods of economic downturn can create significant opportunity for future growth and improvement. But some manufacturers suffer and even file bankruptcy due to economic downturns. What makes the difference?

Why are some manufactures able to better weather the storm and demonstrate profound resilience in a recession while other companies are devastated? There are key insights to observe from past recessions that show us how to prepare for the next economic crisis, whenever that may be.

There’s a Storm on the Horizon

After the brief, COVID-induced mini-recession in early 2020, the US embarked on a 6-quarter period of strong growth. The past year has been a surprisingly active time of growth for US manufacturers. Consumer spending has been strong, in spite of supply-chain crises and shortages.

However, in the last quarter, US gross domestic product (GDP) slipped about 1.4%. This was the first sign that a recession could be on the horizon.  But it’s far from the only sign.

A recession is typically defined as a period of two consecutive quarters of negative economic growth. And for this reason, it can be hard to determine if a recession has begun until it has been underway for six months. But there are key red flags to signal such an impending storm.

Historically, recessions have impacted the durable goods sector harder than non-durable goods. In other words, industrial manufacturing tends to be the hardest hit in times of economic hardship. In fact, during the Great Recession of 2008, 40% of the companies that filed for bankruptcy were from industrial manufacturing. On the other hand, nondurables and service industries are impacted least, because consumers cannot necessarily forego purchasing health services, groceries, etc.

But conversely, while manufacturing is usually the first to suffer from a downturn, this sector also tends to rebound the soonest. In fact, in the post-recession periods following the 2001 and 2008 recessions, industrial manufacturers experienced recovery in corporate profits three times higher than nondurables and services companies. Therefore, manufacturers should look for ways to build resilience in a recession to take advantage of increased business opportunities in the upswing.

Strategies to Build Resilience in a Recession

Two key factors clearly influence resilience in a recession for manufacturers, based on previous recoveries: cash liquidity and technological investment pre-recession. In brief, manufacturers who maintained a healthy cashflow and actually increased capital investments heading into the downturn significantly outperformed manufacturers who were overleveraged and pulled back in response to red flags.

However, companies should not focus entirely on cash on their balance sheets, as this is may not provide the same level of insight needed to closely control cash on hand. Absolute liquidity is determined by more direct methods of cashflow management, such as direct cashflow modeling.

This approach covers major factors affecting weekly cashflow in coordination with high-level assumptions about unpredictable and less material areas of real cashflow. This way, manufacturers can better manage current debt levels and improve working capital. In turn businesses will be better positioned to strategically maneuver in times of stress and uncertainty.

Manufacturing is an asset-heavy business. As such, companies need a constant influx of capital investment to improve productivity and lower costs. Research shows that in the 2001 and 2008 recessions, those manufacturers who increased targeted investment in the 5-year period leading up to the downturn realized much higher revenue recovery in the 5-year period following the downturn because of it.

Investing in lean manufacturing and automation technology and processes can mean the difference between surviving a recession and thriving in a recession. In the next 12 months, to ensure resilience in a future recession, manufacturers should increase technology investment, particularly in digital.

And when it comes to digital, process-related innovations are generally more rewarding than product-based and customer-based innovations. They also reduce costs through output and inventory optimization. Indeed, digitalization has proven a key factor in manufacturing competitiveness in an economic crisis. Digital can lead to new product offerings and more efficient operations, thus increasing agility and the bottom line.