This month, President Biden is signing into law the Chips and Science Act, which aims to increase investment in the US domestic semiconductor manufacturing industry and decrease US reliance on foreign companies. 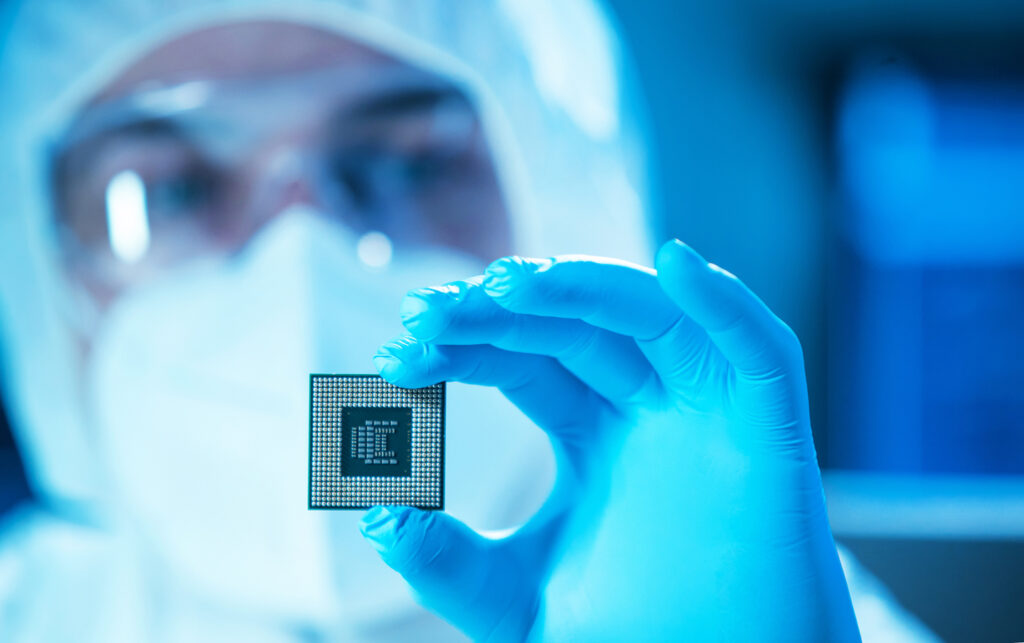 When the COVID health crisis occurred in 2020, most companies downgraded demand forecasts for the near future. With Wall Street in a tailspin and lockdowns sweeping the nation, the expectation was for a bleak summer and beyond. In turn, the companies that manufacture the semiconductor chips inside many of these products immediately reduced production capacity.

But within weeks, consumers responded to home confinement by purchasing consumer electronics like laptops, iPads, and cellphones in unprecedented volume. Over the next year, the overall economy bounced back strongly, and demand for new cars, medical devices, consumer technology, and other products containing semiconductors soared. However, the semiconductor industry was entirely unable to bounce back in time to prevent a significant bottleneck in the market.

Fast forward to 2022, and with the help of the Ukraine war and soaring inflation, we’re still in the middle of a chip shortage that has the price of used vehicles at historic highs and backlogs for many of the products that are in the highest demand.

Chips Are in Everything

Of course, chips are integral to so many products that make up the global economy. The electronics industry relies on them for virtually all products, from medical devices to mobile phones to computers, etc. Semiconductor chips are made up of elements like silicon, germanium, lead sulfide, certain types of plastics, etc. Many devices rely on the unique conductivity properties of these materials, including diodes, photo cells, solar cells, and transistors.

Indeed, the automotive industry cannot survive without them. There are literally thousands of chips in each new car made today. In fact, approximately 40% of the cost of a new car is the semiconductor chips alone. And that percentage is climbing. By some estimates, the shift to hybrid and electric vehicles will increase global demand for automotive semiconductor chips to $67.6 billion USD by 2026.

The Path to Shortages

While it is easy to understand how the 2020 crisis created a whiplash effect that plummeted production just before an historic rise in consumption patterns, this does not fully explain the current chip shortage. As it turns out, the US actually has been on a path to shortages for many years.

While companies in East Asia were investing billions of dollars per year in innovation for semiconductor technology, the United States invested very little. In fact, the world’s largest semiconductor producer, Taiwan-based TSMC, has been investing multiple billions per year for well over three decades. In 2022 alone, they invested $44 billion USD. In this way, TSMC and other companies in East Asia have come to possess the lion’s share of the semiconductor industry.

In this context, the one-time $52 billion investment created by the recent Chips and Science Act seems rather insignificant. US-based companies like Apple and Intel are now behind Chinese and Taiwanese producers of chips. And in the past two decades, the US market share of global semiconductor manufacturing capacity has fallen from a high of 37% in 1990 to just 12% this year.

Chip Manufacturing Is Too Centralized

While it seems the new Chips and Science Act will positively impact US production of chips and perhaps help to ease some of the pain in the current automotive and electronics industries in the short-term, one wonders what it will do in the long-term. Will the US continue to outsource most of its chip manufacturing to one or two countries in Asia? Can a one-time investment significantly shake up the global order for chip production?

Some have blamed the shrinking supplier base and consolidation of global semiconductor manufacturing for the current crisis. Approximately 75% of all chips are manufactured in East Asia. These forecasters see the problem only worsening unless companies start expanding the size of their supplier network and outsourcing to other countries like Mexico.

Mexico already has a strong semiconductor manufacturing industry that turns out nearly 12% of the global supply annually – on par with US production. And as the 4th largest automotive manufacturer and 8th largest electronics manufacturer in the world, the Latin American country is already highly integrated with the industries most impacted by a chip shortage. With an extensive network of suppliers built up over decades, Mexico offers US companies a cost-effective and resilient option for diversifying their semiconductor manufacturing outsource locations to withstand current and future shortages.