Last week, videos coming out of China showed visitors reacting to the announcement of a Shanghai Disneyland lockdown by rushing the gates. The amusement park is the latest location of a largescale lockdown in China, where draconian measures to combat the virus are crippling the economy. 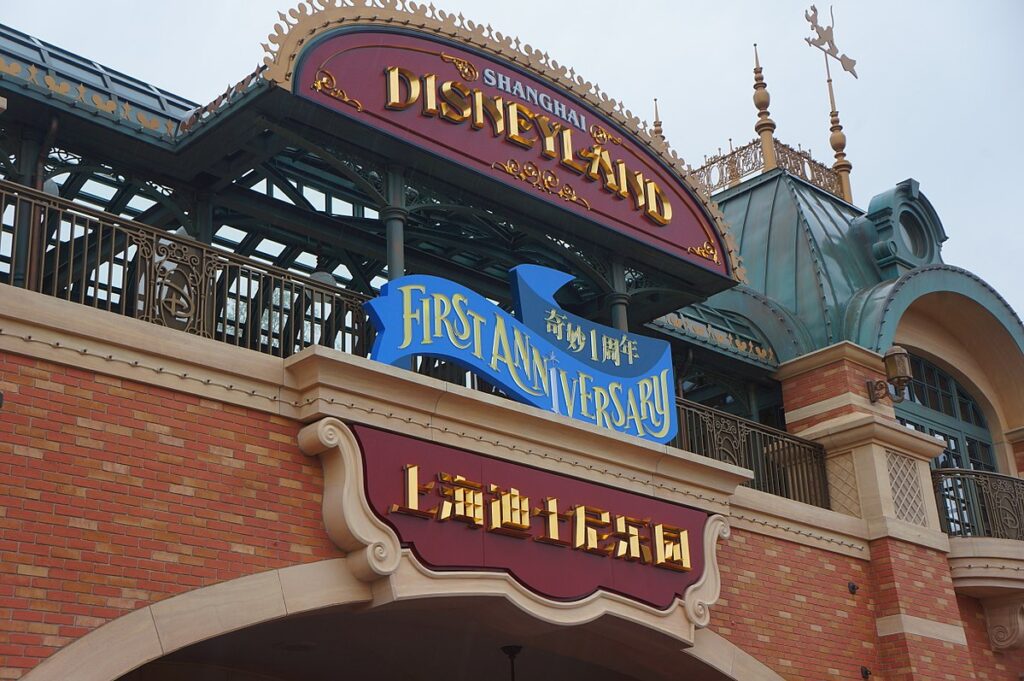 The news comes on the heels of other major lockdowns in the country, including a jailbreak of sorts at a major manufacturing facility where employees were being quarantined. These and other disruptive lockdowns are leading many to consider doing business in other countries where COVID restrictions are not so prohibitive.

On October 31st, the resort at Disney in Shanghai, China announced they were halting operations immediately, citing COVID concerns. The resort and surrounding area, including the shopping street, were immediately cordoned off, and no one was allowed to enter or leave.

Some visitors posted video to China’s social media platform, Weibo, showing visitors rushing to park gates where security formed a barricade, preventing anyone from leaving. Visitors have been required to produce three negative tests within a 3-day period in order to be cleared. Some rides at the attraction continued to run for the trapped guests.

The Shanghai Disneyland lockdown came the day after Shanghai officials reported just 10 locally transmitted cases, all of which presented no symptoms or illness. But due to China’s Zero-COVID policy, this was cause enough to send the area into full lockdown.

This is the 3rd Shanghai Disneyland lockdown since the 2020 wave of lockdowns ended. In fact, the resort had only just re-opened two days prior to the recent shutdown. Earlier this year, the park was closed for three months. And one year ago, the park locked down for two days, trapping 30,000 visitors inside.

Only a few days prior, news broke that China’s largest manufacturer of iPhones, Foxconn, had locked the whole plant down, trapping 200,000 workers inside. On October 14th, the smartphone assembly factory complex went into full lockdown mode. Workers reported that no one was allowed to enter or leave and that food was simply dropped off occasionally outside the buildings.

Foxconn denies some of the reports coming from workers, but allegedly, the company required all workers to wear N95 masks and perform “endless PCR tests.” Work continued with what the company calls “closed loop” systems of production to minimize the spread. And according to one worker, employees would be notified to leave their post and come to the testing sites and then not return to their post the following day. He suspects they were being quarantined further in smaller groups on campus.

However, at some point near the end of October, there was a reported mass jailbreak of sorts. Thousands of workers allegedly climbed the fences surrounding the iPhone manufacturing complex and began fleeing the plant in droves. According to reports from anonymous workers, the streets that night and all the next day were packed with escaped Foxconn employees, working their way home over many miles on foot.

China’s relentless war on the virus has resulted in any potential contacts of someone with a positive test to be quarantined on mere suspicion. As a matter of course, anyone who might only have the potential of coming in contact with the COVID-positive person is quarantined. China’s Zero COVID policy has had a devastating effect on the world’s 2nd largest economy. While most other countries have chosen to live with the virus, nearly three years after the outbreak, China continues its disruptive lockdowns, mass testing, and mass quarantines.

As a result, China’s long-term economic outlook is bleak. Already facing an economic downturn prior to 2020, China’s growth continues to stall. Many manufacturers and large companies are jumping ship, recognizing that Zero COVID is here to stay. Early on, many had assumed such large-scale lockdowns would fade soon. But the realization now is that China is no longer a stable place for business.

Already a popular alternative to China, Mexico has seen a lot of these businesses reshoring to their pro-business country. Shortages, the container crisis, and supply chain issues have only exacerbated the problem, and what started as a gradual shift is becoming a mass exodus out of China straight to Mexico. The Latin American country enjoys proximity to the US consumer market and a deep pool of skilled, low-cost manufacturing labor.

But Mexico also has a business-friendly track record regarding COVID restrictions. Mexico never mandated vaccines for citizens or visitors and re-opened the US border to non-essential travel in early 2021. It was never closed to business travel. Most of the country returned to pre-pandemic norms in 2021. And while Mexico is facing economic challenges like the rest of the world, there are no massive disruption events like the Shanghai Disneyland lockdown. As a result, a large portion of the business leaving China is headed for Mexican factories.

These recent stories coming out of China underscore the need to think strategically and long-term in the modern world of manufacturing and business.