Manufacturing in Mexico: a Pattern of Growth

Beginning in textiles, manufacturing in Mexico has a long and storied history. The Latin American country is now a source for low-cost, high-skilled manufacturing for major producers in the US and across the globe. 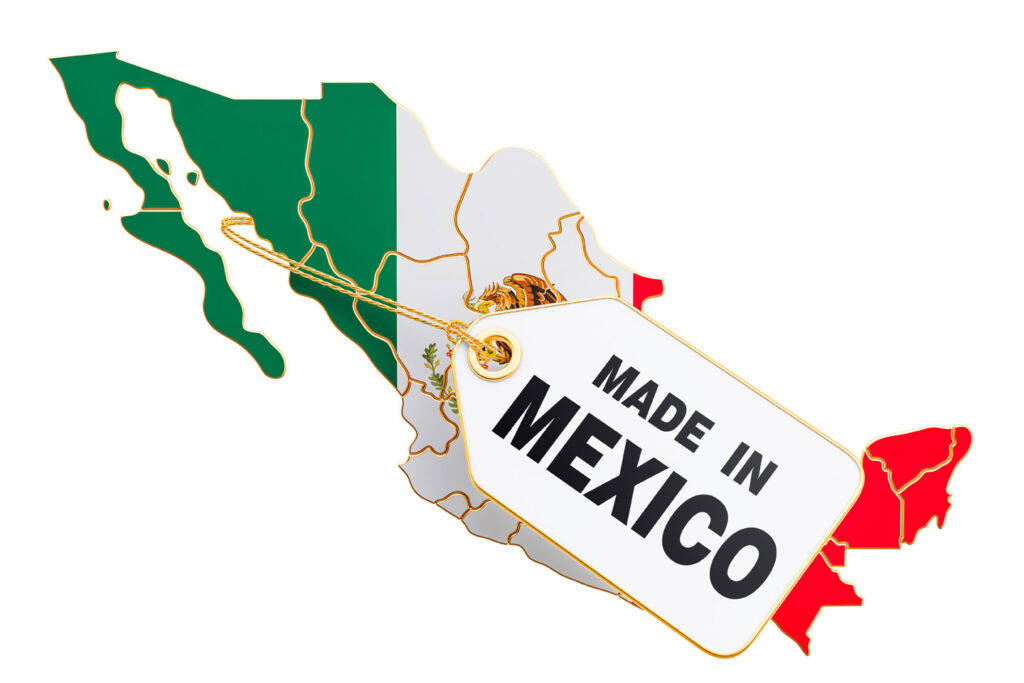 Major industrial hubs have sprung up all along the north region and throughout the country in markets as diverse as specialty plastics and as traditional as metalworking. What began as a few clothing and textile factories along the northern border has since become a major operation making Mexico a leading manufacturing force on the global scene.

History of Manufacturing in Mexico

When the Bracero Program for sending farm workers to the US ended in the 1960s, Mexico transitioned to manufacturing as a primary economic activity. Through several cooperative trade agreements, the US and Mexico helped create a growing industry based on manufacturing for export. As a result, recent decades have seen a steady increase in assembly and skilled manufacturing in Mexico.

What began as simple assembly now includes increasingly sophisticated manufacturing for incredibly diverse and complex niches. And as Mexico continues adapting, the country’s involvement in manufacturing is growing.

Common Ways to Manufacture in Mexico

Foreign producers wanting to plug into this vibrant manufacturing economy have a few popular methods of going about it. The most common include:

Joint Venture: a foreign company can partner with a Mexican company to utilize their operations south of the border, which can be complicated or challenging due to different visions, cultures, etc.

Contract Manufacturing: Early-stage or growth-stage companies with an existing product can simply and easily place an order with a contract manufacturer in the country for products to certain specifications.

Wholly-Owned Subsidiary: large, well-established manufacturers may opt to purchase outright or establish a Mexican company wholly owned by the parent company to pursue its manufacturing objectives in Mexico; however, this is a long-term and expensive option that rarely benefits smaller, less flexible organizations.

Shelter Service: manufacturing in Mexico is greatly simplified with this option, which allows a foreign company protection from regulatory and bureaucratic hassle and risk by partnering with a shelter company that handles import/export, hiring, site selection, etc.

Mexico may have started with textiles, but the country has grown rapidly in the past half century to now compete in virtually every manufacturing market. Some of the primary areas of Mexican manufacturing include:

Aerospace is without a doubt one of the key industries currently manufacturing in Mexico. And the country is projected to be in the top ten aerospace exporters globally by 2026 as growth in the sector intensifies.

Mexico is currently the 7th largest automotive producer in the world, and 5th largest producer of auto parts. According to the USMC, as long as at least 75% of the product is made in North America, the finished product may be exported duty-free. Major automotive brands operate in Mexico, such as Ford, GM, Nisson-Daimler, BMW, Toyota, and more.

Other vital manufacturing segments growing in Mexico include:

Manufacturing hubs may be found throughout Mexico, but the two most active regions are generally along the northern border and to a lesser extent in the center of the country. Some of the most advanced manufacturing hubs are in border-region cities like:

While manufacturing in Mexico has on average grown from decade to decade, there is no denying the contraction that occurred due to the recent global crisis. Private spending in consumer markets decelerated, and uncertainty with USMC also contributed to the slowdown.

However, post-pandemic, Mexico’s economic outlook remains positive. Trade relations with the US have normalized. Vaccine rollouts have eased financial markets. And already, key industries like automotive and consumer products are rebounding. In light of these signals and past trends, analysists predict that Mexican manufacturing is set to rebound quickly.

And just as Mexico has given foreign manufacturers the advantage they need to increase market share and competitiveness over the past decades, the future looks equally promising. New investment continues to pour in, and Mexicans are getting back to work. This Latin American country will continue to exhibit a pattern of growth and innovation as a partner of choice for manufacturers around the globe.